We're down to the final countdown for Google's Android Q release — and by and large, it feels like there aren't many surprises left. After all, while Q won't technically be released for another week or three, the software's been evolving in a public beta for nearly five months now.

But hold the phone: Despite the fact that we've been talking about Android Q for what feels like an eternity, there are actually a couple pretty significant areas of the software that we haven't yet explored — and won't be able to for a while, either, even after this summer's official release.

They're features that have the potential to seriously change how we use our phones, in totally different but equally important ways.

So as we mosey our way even further into the nitty-gritty of Android Q over these coming weeks, remember: Until these two not-entirely-finished elements come into focus (hint, hint), we aren't truly seeing the full picture of Google's latest Android version.

The first Android Q feature we haven't seen in action is something Google first told us about at its I/O developers' conference in May but isn't expected to launch until sometime "later this fall." It's called Focus Mode (see how that little hint paid off?), and it's all about giving us a better way to tune out the vices associated with our devices and avoid being distracted by inconsequential noise.

The way it works is simple: Anytime you want to focus — be it on work or maybe just being fully present in whatever moment you happen to find yourself in (an enthralling meeting, a birthday party for a bovine, a climb on a jungle gym with a child and/or primate, etc) — you can tap a new Focus Mode tile in the Quick Settings area at the top of your screen. Once you force your phalange into that virtual square, two things will happen:

You'll be able to configure your lists of distracting apps in a single place within the system settings. And once you do, all it'll take is a tap of that new Quick Settings tile to toggle Focus Mode on or off and keep those apps out of your distraction-prone bird brain. 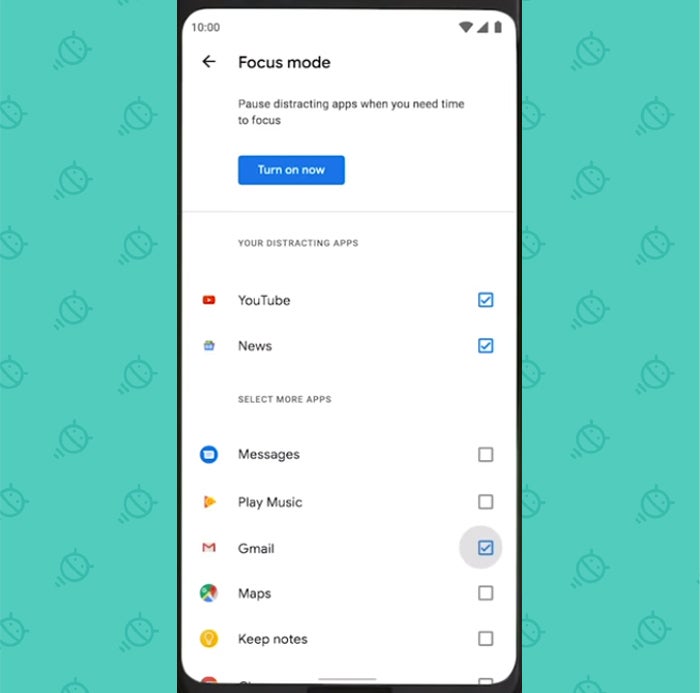 Oh, and a bonus: Despite the fact that Focus Mode is being presented as a part of Android Q, it'll actually show up for phones running both Q and Pie when it arrives later this year.

Remember this one? We talked about it early on in Android Q's existence, and then it kind of, well, floated away (like a bubble — GET IT?), and we haven't heard much about it since.

There's a reason: After initially presenting Bubbles as a primary Q feature, Google pulled back on the concept midway through the development cycle and decided to make it a developer-only element in the final Q release — with it likely set to resurface as a front-facing element in a subsequent Android version.

Putting the brakes on Bubbles might not be such a bad thing. By its very nature, the feature requires third-party apps to embrace and support it in order for it to mean anything — and it brings with it some pretty big changes to the way apps are able to alert us, too — so it makes sense to give developers a fair amount of time to adjust.

Still, Bubbles is technically a Q-born feature, even if we won't fully experience it until perhaps Android R (Rice Pudding? Razzleberry Pie? Rainbow Sherbet? Radish?!). And it's no stretch to say it could change the way we interact with incoming information and multitask across Android.

Bubbles, in case you forgot or were taking a well-deserved snooze when we last visited the subject, is a system reminiscent of Facebook Chat Heads and Link Bubble (a reference for the true Android nerds among us). In the simplest possible terms, it makes it possible for apps to break out elements into small bubbles that float on your screen and can be moved anywhere you like. That in turn allows you to access those elements on demand, anytime, simply by tapping the bubble that's always present on top of whatever else you're doing. 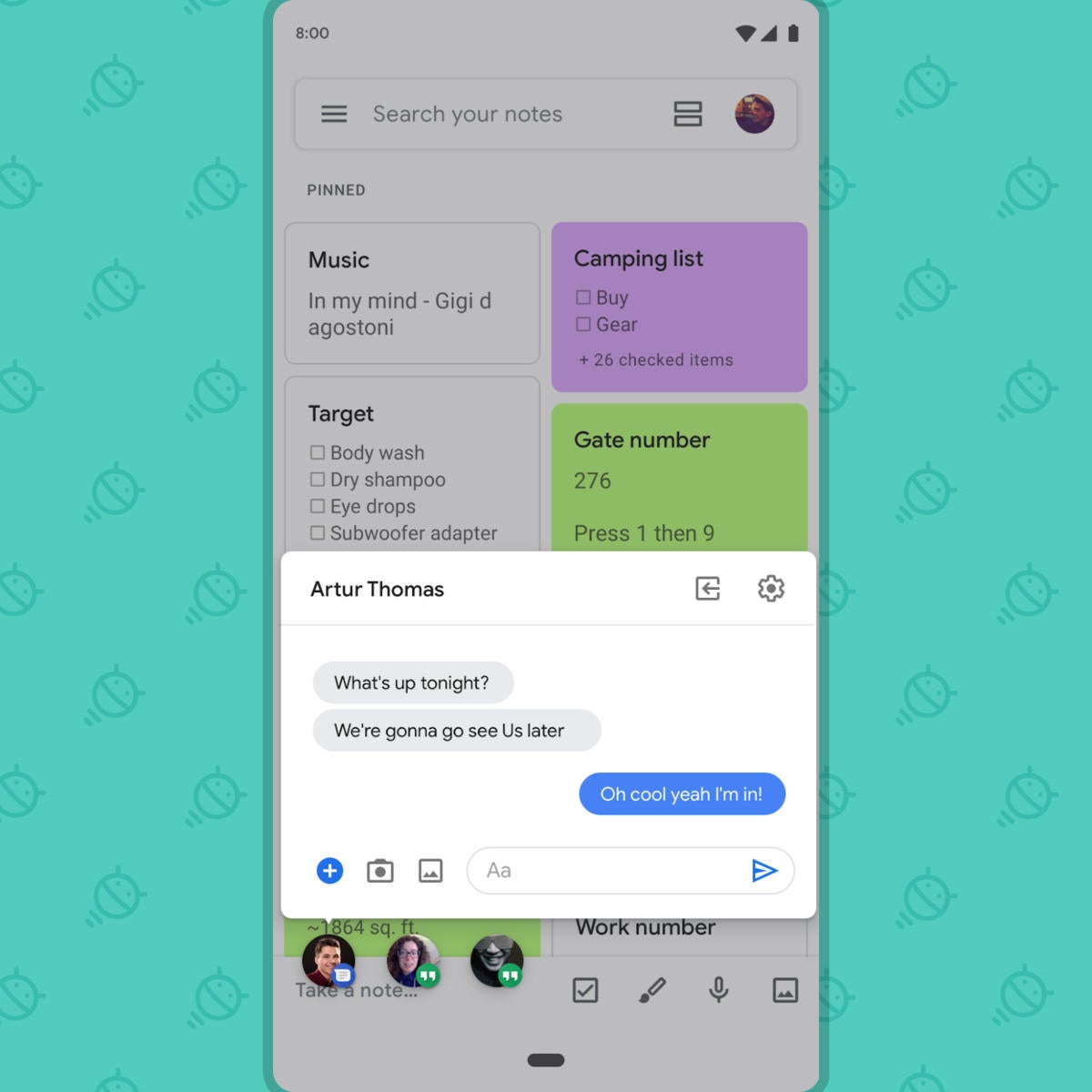 While message threads are the most obvious use of Bubbles, the system isn't limited only to texting. It could be used to provide quick access to things like notes, translation tools, task lists, recipes, directions, or almost anything else imaginable. You could theoretically tap a special command to compose a new email in a bubble-based window so you could then come and go from the draft as needed while simultaneously using other apps and looking at other info. The possibilities are practically endless.

Broadly speaking, Google says bubbles are meant for items that (a) are important enough to require ongoing access or (b) a user explicitly asks to open in that environment. And in the right sort of scenario, the system really could lay the groundwork for a new form of multitasking that actually makes sense from a smartphone perspective — a way to interact with multiple apps simultaneously without having to commit to the desktop-like (and often awkward-on-mobile) idea of splitting your screen in half in order to do it.

So there ya have it: Focus Mode and Bubbles — two as-of-yet unexposed features to look forward to exploring further in the months following Q's arrival. Or, if you're using a phone made by one of the many manufacturers that doesn't give a hoot about timely upgrades, maybe somewhere between nine years from now and never. (Hey, no point in sugar-coating it, right?)

There may well be other surprises quietly lurking in Q's shadowy corners, but at the very least, those two items are still out there and waiting to be uncovered — and still will be, even after Q itself arrives.