Using blockchain and IoT tracking technology to trace the journey food takes from farms to grocery store shelves will "revolutionize" the food industry, reducing retailers' costs by streamlining supply chains and simplifying regulatory compliance, according to a new study by UK-based Juniper Research.

"For example, extra virgin olive oil labelled as originating from Greece when in fact it comes from somewhere else," said Juniper analyst Morgane Kimmich. "Much of the interest in the technology also comes from the fact that blockchain has the potential to give more control to all actors involved in the process, from farmers to retailers, by providing them with a transparent and immutable platform offering full visibility of the supply chain."

Currently, food tracking systems heavily rely on paper-based transactions to manually track assets throughout the supply chain, an inefficient system that allows records to be lost or unreconciled, Kimmich said. Additionally, paper-based records cannot be shared by all supply chain users, which reduces the overall visibility of the supply chain. 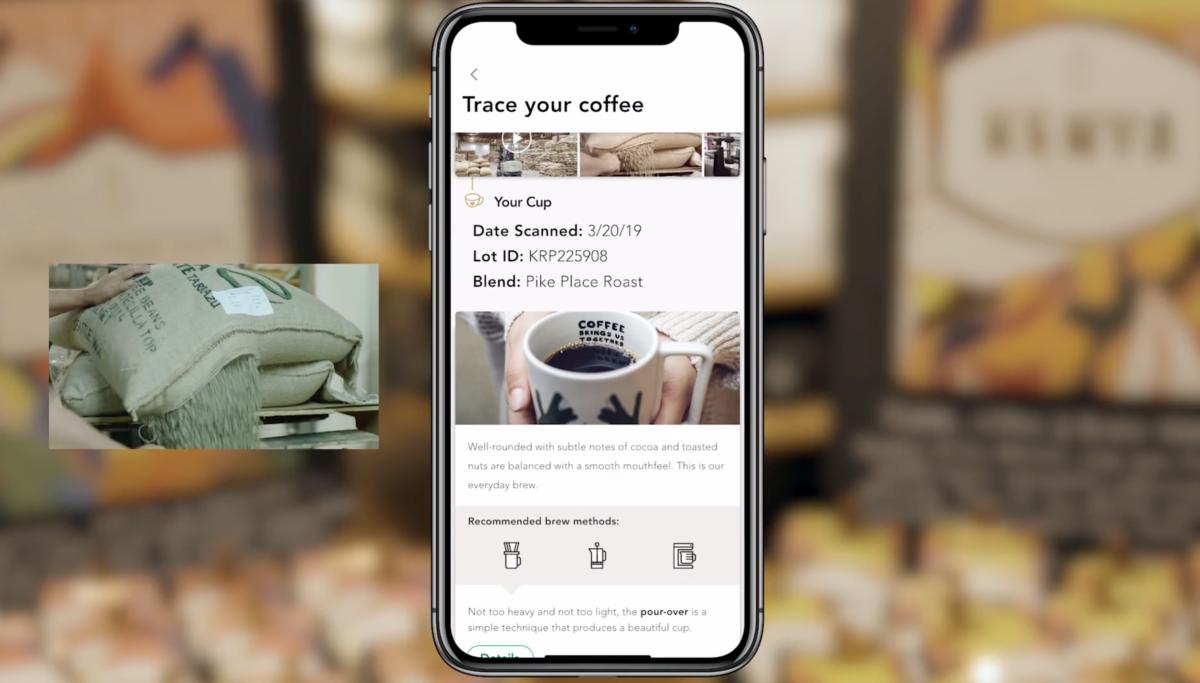 Starbucks' and Microsoft are creating a mobile "bean to cup" tracking app that may look like this and enable customers to see where their coffee was grown and the journey it took to their cup.

"Furthermore, companies often have to rely on intermediaries to perform these tasks. All of this adds a level of complexity to the supply chain, which in turn increases inefficiency, fraud and waste," Kimmich said.

Private or "permissioned" blockchains can be created within a company's four walls or between trusted partners and centrally administered while retaining control over who has access to information on the network.

Blockchain can also be used between business partners, such as a cloud vendor, a financial services provider and its clients.

While IoT devices shipped with goods link the physical and digital worlds primarily via location tracking sensors and temperature and humidity monitoring, blockchain provides a place where the data can be stored and accessed by everyone on the ledger. Ledger users can also be segmented so sensitive business data isn't exposed to competitors, the report said.

The distributed ledger technology's innate capabilities have not been lost on enterprises as pilots and proofs of concept are sprouting up across the industry. Twenty percent of the top 10 global grocers will use blockchain by 2025, according to a Gartner study.

"Blockchain can help deliver confidence to grocer's customers, and build and retain trust and loyalty," Joanne Joliet, a senior research director at Gartner, said in a statement. "Grocery retailers are trialing and looking to adopt blockchain technology to provide transparency for their products. Additionally, understanding and pinpointing the product source quickly may be used internally, for example to identify products included in a recall."

Juniper's research found IoT and blockchain will add significant value to players in the supply chain, from farmers to retailers and consumers. By replacing lengthy procedures with automated smart contracts, blockchain and the IoT save money, reduce risk and bring transparency to supply chains.

The supply chain industry has been active in the blockchain space for the past two years, according to Kimmich.

In 2017, IBM launched Food Trust, a blockchain network based on the Hyperledger protocol; since then, it's attracted a large group of leading food suppliers who are piloting it as part of a consortium. The group includesDole, Driscoll's, Golden State Foods, Kroger, McCormick and Company, McLane Company, Nestlé, Tyson Foods, and Unilever.

Last year, Walmart completed two pilots using suppliers of mangoes and pork; after a proof-of-concept, the food-tracking blockchain network is now in production. Walmart told suppliers of produce to get onto its blockchain by the September of this year. The products on the blockchain-based supply chain also powered by IBM's Food Trust Solution range from poultry and berries to yogurt and lettuce. And Walmart Canada just launched the "world's largest" blockchain-based freight-and-payment network.

"While IBM’s Food Trust is the current market leader in blockchain-powered food tracking with 188 organizations shaping its network, other players are building on their solutions this year," Kimmich said.

Oracle plans on strengthening its existing asset tracking solutions with supply chain temperature monitoring along with warranty and usage tracking, Kimmich added, while SAP currently supports 565 different products and engages with 70% of the US market. 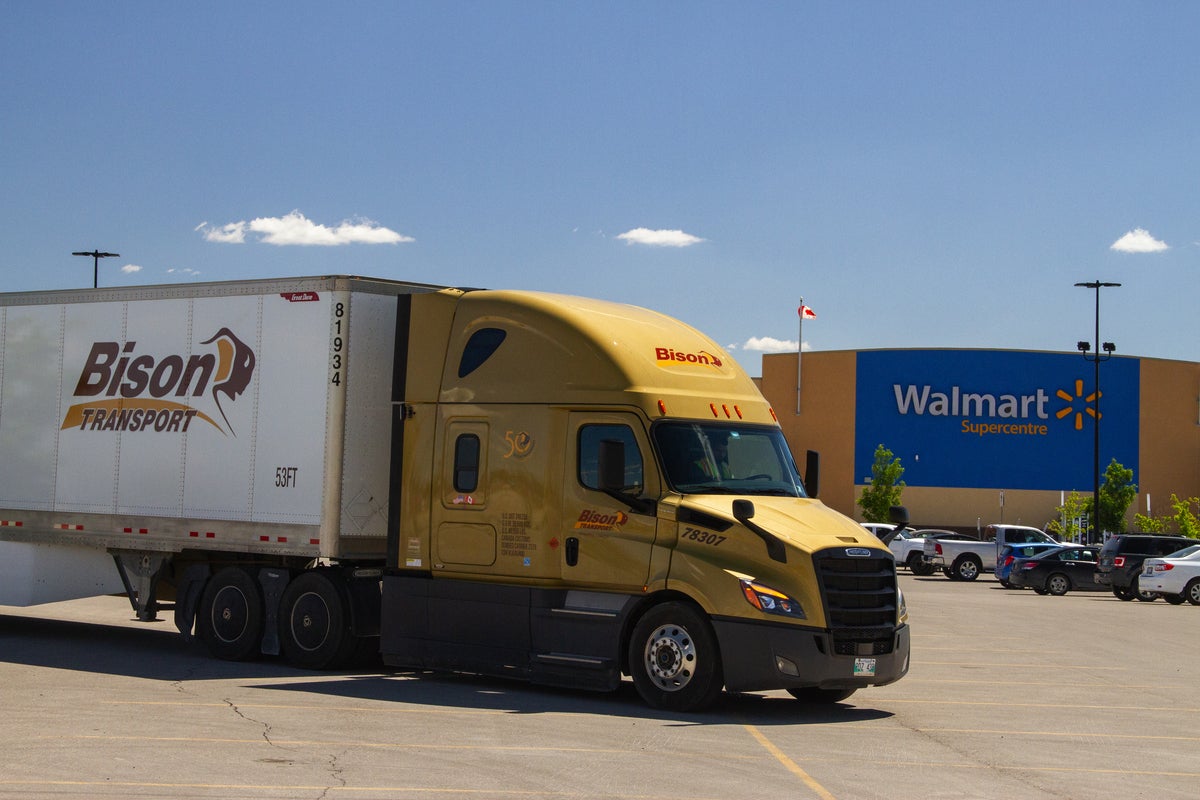 Bison Transport was a carrier partner in the Walmart Canada's pilot for a new freight and payment network based on blockchain and IoT. According to Rod Hendrickson, vice president of finance for Bison Transport, the end result is "a mutually beneficial solution."

Meanwhile, Starbucks has partnered with Microsoft to build a blockchain supply chain aimed at tracking coffee beans from farms to stores and create a mobile app that lets customers track the supply chain journey of the beans they buy and the coffee they drink.

GrainChain, a blockchain-based supply chain service based in McAllen, Texas, is also being piloted by roughly 10% of Honduras coffee growers, or about 12,000 farmers, with an eye on going into full production around April 2020.

"When coffee farmers don't have access to formal financial systems and formal contracts for purchase, they are the ones pushed down in the industry," Macias said. "One of the larger focuses in the overall industry...is to find solutions to not only have more financial inclusion but enhance the ability for coffee producers to have a marketplace." 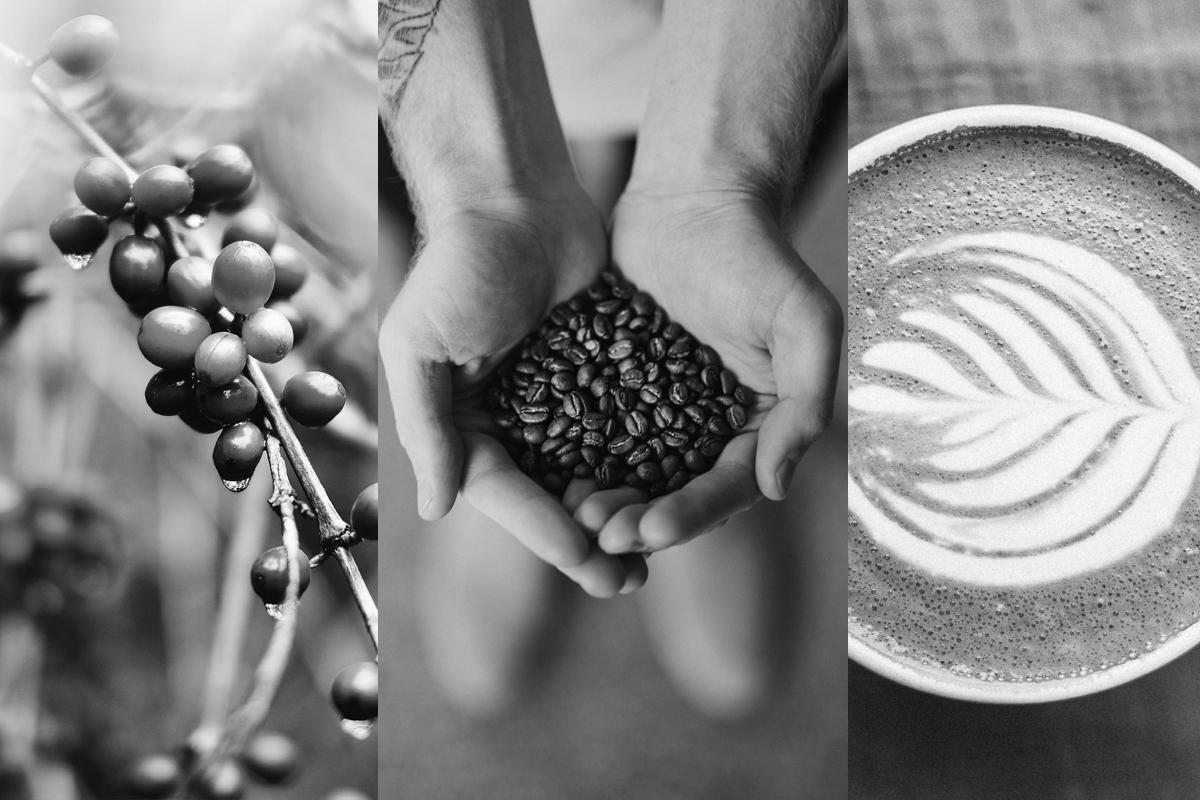