The November passel of patches didn’t include anything earth-shattering; there were no emergency security breaches storming the gates, but good patching hygiene dictates that you get your machine braced for the next round.

If you install patches manually one by one (“Group B,” which I don’t recommend for mere mortals), you need to make sure you have the proper Servicing Stack Updates in place. They’ve all changed in the past month.

For those of you manually installing Win7 and 8.1 (and related Server) Security-only patches to avoid Microsoft’s pernicious snooping/telemetry, I have good news. For November, we haven’t detected the full-monty telemetry packages that were lurking in the July and September “Security-only” updates.

Here’s how to get your system updated the (relatively) safe way. 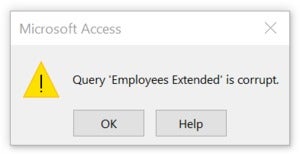 Should those start appearing, realize that they’re caused by a bug in the latest Office patches. You’ll have to manually download and install a fix for the bad patch. Microsoft has a list of the buggy patches and their fixes on the Office Support site.

Step 1. Make a full system image backup before you install the latest patches.

There are plenty of full-image backup products, including at least two good free ones: Macrium Reflect Free and EaseUS Todo Backup. For Win7 users, If you aren’t making backups regularly, take a look at this thread started by Cybertooth for details. You have good options, both free and not-so-free.

Microsoft is blocking updates to Windows 7 and 8.1 on recent computers. If you are running Windows 7 or 8.1 on a PC that’s 24 months old or newer, follow the instructions in AKB 2000006 or @MrBrian’s summary of @radosuaf’s method to make sure you can use Windows Update to get updates applied.

If you’ve been relying on the Security-only “Group B” patching approach to keep Microsoft’s snooping software off your PC, this month you’re in luck — we haven’t detected a repeat of the full telemetry packages hidden in the July and September patches. That means you can install the June, August, October and November patches without covering Microsoft’s messy tracks.

For most Windows 7 and 8.1 users, I recommend following AKB 2000004: How to apply the Win7 and 8.1 Monthly Rollups. You should have one Windows patch, dated November 12 (the Patch Tuesday patch).

Realize that some or all of the expected patches for November may not show up or, if they do show up, may not be checked. DON'T CHECK any unchecked patches. Unless you're very sure of yourself, DON'T GO LOOKING for additional patches. In particular, if you install the November Monthly Rollup, you won’t need (and probably won’t see) the concomitant patches for October. Don't mess with Mother Microsoft.

Watch out for driver updates — you’re far better off getting them from a manufacturer’s website.

After you’ve installed the latest Monthly Rollup, if you’re intent on minimizing Microsoft’s snooping, run through the steps in AKB 2000007: Turning off the worst Win7 and 8.1 snooping. If you want to thoroughly cut out the telemetry, see @abbodi86’s detailed instructions in AKB 2000012: How To Neutralize Telemetry and Sustain Windows 7 and 8.1 Monthly Rollup Model.

If you’re worried about Windows 7 hitting end-of-support in January, don’t be alarmed. About a quarter of all Windows users will hit the end-of-support date, just like you. Win7 won’t suddenly stop working on Jan. 14, 2020. You have many options — and not all of them end with Windows. We follow the alternatives intently in the Seven Semper Fi series on AskWoody.

If you’re running Win10 version 1803, the November cumulative update is your last. You need to move on — but not necessarily in the direction Microsoft is pushing you. I have a full discussion of your options and step-by-step instructions for getting to the version that you want in Running Win10 version 1803 or 1809? You have options. Here’s how to control your upgrade.

If you’re using Win10 version 1809 — my production machines are still on 1809 — you should start thinking about moving to 1903. Microsoft has issued rivers of patches for 1903 in recent months, and 1903 may be approaching some semblance of stability. I'm going to take a close look at the December patches before jumping ship, and suggest you do as well.

Once you’re running the version of Win10 that you want — there’s no reason to install patches until you’re running the right version — and you have Win10 Pro (or Education or Enterprise), you can follow my advice from February and set “quality update” (cumulative update) deferrals to 15 days, per the screenshot. If you have quality updates set to 15 days, your machine already updated itself on Nov. 27 and will update again on Christmas Day. 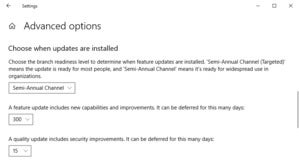 If you’re stuck with Win10 1803 or 1809 Home, it’s time to move to version 1903 (or even 1909). The potential disruption of a version change is worth that one key new feature — probably the single best new feature ever introduced in Windows 10 — which allows you to defer updates, giving Microsoft a chance to test its patches before they roll onto your system. See Running Win10 version 1803 or 1809? You have options. Here’s how to control your upgrade for full details.

Windows Update in Win10 version 1903 went through a major makeover in September — the documentation didn’t change, but the behavior did. The result is a major step forward in Windows 10 patching.

You may find that you can tell Win10 to delay quality updates by 15 days, as shown in the preceding screenshot, but you have a much simpler tool at your disposal.

By clicking that link three times, you’ll defer cumulative updates for 21 days from the day you started clicking — if you do it today, you’ll be protected until Dec. 26 — which is typically long enough for Microsoft to work out the worst bugs in their patches.

There are several group policies and a handful of registry settings working in the background when you click Pause updates. You may even be able to see the settings if you’re using Win10 Pro. But the “Pause updates” approach has proven itself to work reliably for everybody, 1903 or 1909, Pro or Home. Use it.

If you see an offer of an Optional update (screenshot), don’t click Download and install now. Even more bugs await.

The December updates should appear next week. Realize that a large percentage of experienced Windows devs take vacations through much (or all!) of December. Expect the December patches to be minimal and — cross your fingers — relatively benign.