Apple ships macOS Catalina; here's what you get

I’ve been using it since the beta release and have written extensively in recent months about many of the new improvements and features. Here’s what you need to know:

Should I install Catalina today?

Apple’s new macOS has been extensively tested, but I don’t generally recommend any user upgrades immediately when a major OS update ships.

There are several reasons:

When it comes to Catalina, I’m not suggesting things will go awry once you do upgrade, but in the rare event something happens, you need to make sure you have the time to address it.

Apple has removed support for 32-bit apps in Catalina. I’ve seen lots of reports criticizing the move, but it’s not as if it should come as a surprise.

Developers and enterprises have literally had years to prepare since Apple warned this would happen in 2017. If a developer of your internal or external application failed to migrate to 64-bit, the onus is on them, not Apple. (I'm still surprised the developers behind some very popular Logic plug-ins have failed to upgrade their (costly) apps for Catalina. In fact, I think that’s inexcusable, and obviously it does mean if you use Logic you should delay the upgrade.)

In general terms, if you still rely on any mission-critical 32-bit app you should find out whether Catalina updates are available. If not, replace the app.

What about the Music, Podcasts, TV and Books apps?

If you use an iPad, you’ll already be familiar with Apple’s new media apps, which are among the first to come across using the new Catalyst conversion software to transport apps made using UIKit for iPad across to Mac.

There’s a wave of apps about to ship that will support the Mac. These will be easy to find, as I understand there will be a software selection made available on the Mac App Store.

What can I say about Apple’s new media apps?

What I most like is the unified experience – you now get pretty much the same experience across all your media applications; bloated iTunes is gone (though I do kind of miss it); and you can control all your apps using Voice Control. Which means you can simply ask your Mac to play a movie, podcast, open a book or tune in to radio.

Apple Arcade also works on the Mac. I remain obsessed with Oceanhorn 2, and hope Apple can come up with something more offering that kind of quality. I’m also resolute that the ability to create gaming experiences that work across all Apple’s platforms is a wake-up call to any app developer – a unified UI is the new normal and computer users are going to expect this kind of intuitive use.

Find everyone and anything with your Mac

The new Find My app lets you find your friends and devices (so long as they are willing to be found) in one place. It works even if your lost device can’t connect to Wi-Fi or cellular thanks to a clever implementation of Bluetooth (explained here).

Mac users have always been able to find devices via iCloud online (www.icloud.com), and can find a person’s location in Messages using the map that appears in details view. But this implementation is much, much better.

Why? Because bringing all these features together in a single application makes these tools much easier to surface than they were when hidden elsewhere.

I’ve not had the opportunity to test the Bluetooth implementation yet. I’ll be interested to learn how this performs – and how it evolves…. 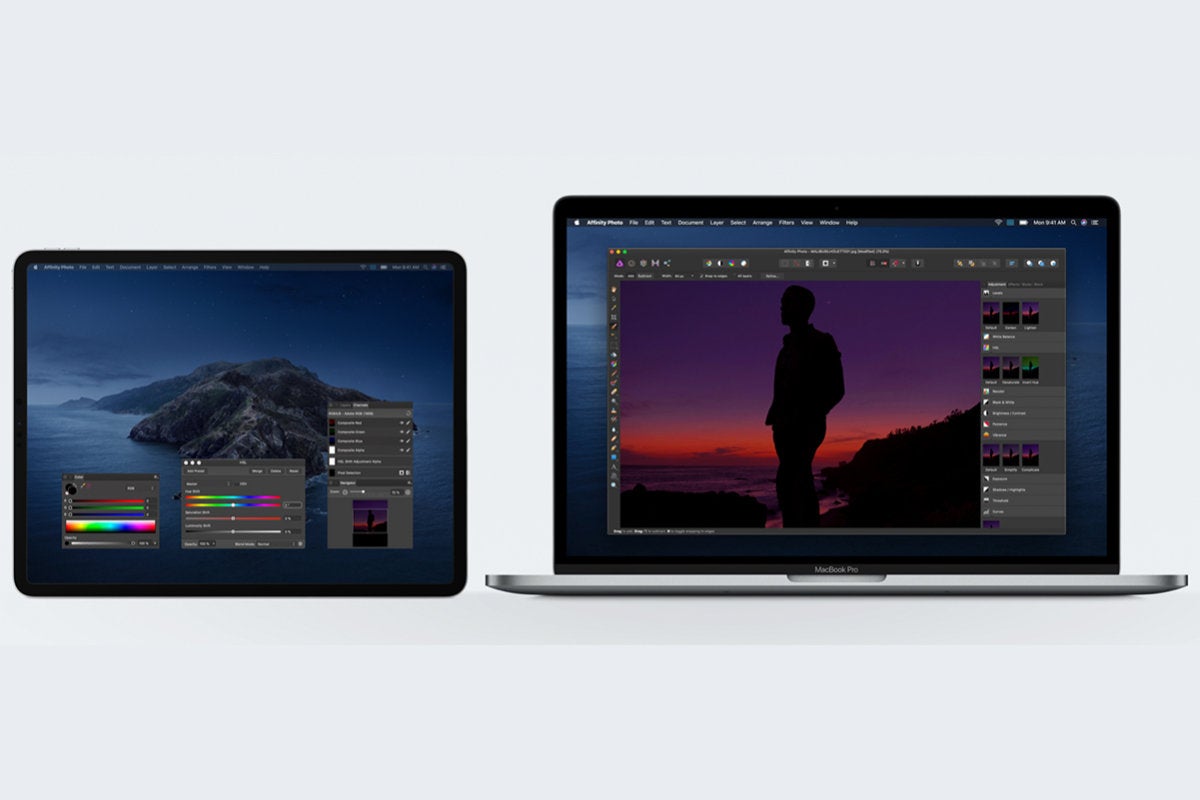 Taking Sidecar for a spin

I’m thrilled with Sidecar. I think it’s going to be all the excuse some iPad users need to justify purchasing a Mac.

I had problems figuring out how to use it at first. Sure, I could see how to send an application window to the iPad as a second display, and I could figure out how to use an iPad to annotate a PDF or draw sketches. But some things didn’t seem to work as I expected them too – until I realized I could use the mouse on my Mac to shift windows content around.

You’ll also see that when you work on an app in a window on your iPad you’ll suddenly have access to the shortcuts and controls made available via the Touch Bar, even when using a Mac that doesn’t have its own Touch Bar. If you don’t want to use these, you can switch this off in System Preferences>Sidecar where you uncheck Show Touch Bar.

You’ll also find that gestures performed on your iPad will also work on applications displayed from your Mac.

That’s not all it does, of course – for many users, the most outstanding feature is going to be the ability to use an Apple Pencil on your iPad to draw in a Mac app; it's quite useful for annotation, and invaluable for those using graphics applications such as Photoshop, Illustrator or Maya. It means anyone with a Mac and an iPad now has their own graphics tablet. This more than justifies the zero price of the upgrade.

Find out how to use Sidecar with your Mac and iPad.

Your photos look better than ever

The new Photos application has received noteworthy improvements, reflecting Apple’s focus on imaging across all its products. There’s a new look featuring large image previews, and you’ll find Live Photos and videos automatically start playing when you are exploring collections and your library.

Machine intelligence is deeply woven in. You’ll see that Photos will automatically optimize images in your collection and does so well, it even figures out what the focal point of any image is and focuses its presentation on that.

You’ll also find the application has got much smarter at identifying places, people and things and assembling collections of appropriate images, such as galleries for birthdays and other events. This makes the application great to use and more visually compelling. 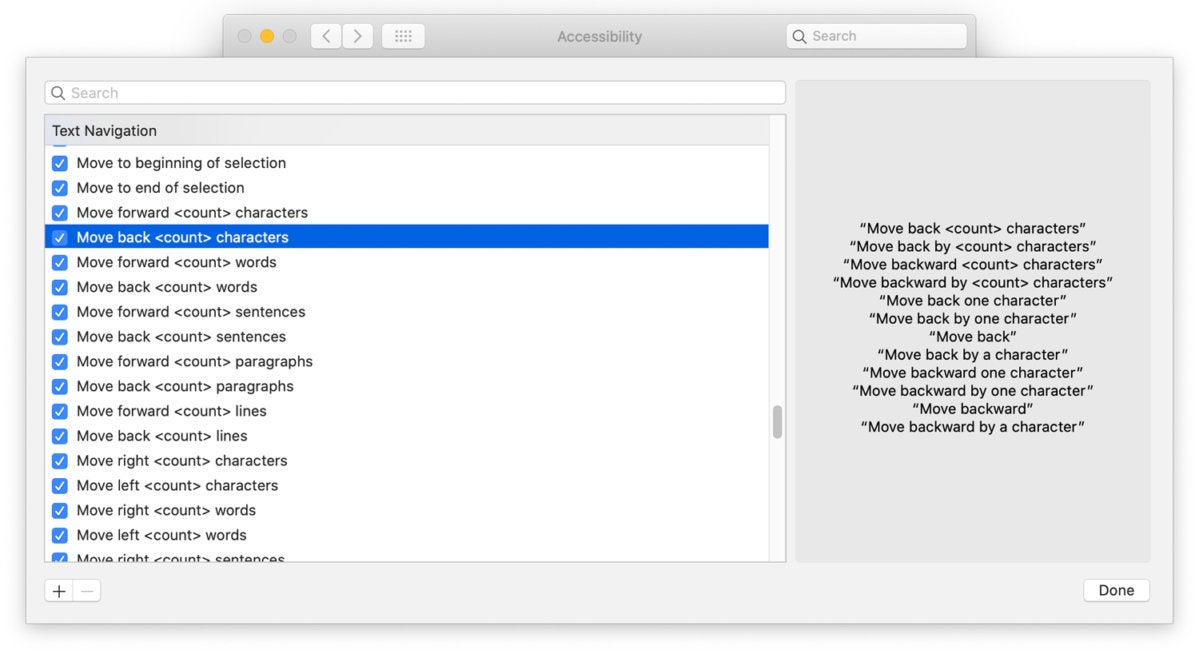 Voice Control is my favorite feature

Of all the useful improvements in macOS Catalina, it’s Voice Control that has made the biggest impression. Not only will this be life-changing for many people, it also opens up future opportunities, such as Macs you can control using AirPods, for example. This is a big step toward voice as a primary computing interface, ambient computing, and connected network intelligence.

I’ve been using Voice Control for several weeks. I’m impressed by what it can do – particularly how effective the grid system is when attempting to control third-party software that doesn’t support the feature.

The fact that these powerful accessibility tools are built inside an operating system at no additional charge represents a huge improvement to how such solutions were once sold on some platforms. It really is computing for the rest of us.

Find out how to use Voice Control here.

Do you use Screen Time?

Available in System Preferences, the new Screen Time app offers a plethora of information to help you keep an eye on what you’re doing with your Mac. Screen Time is the Mac equivalent of a similar feature Apple has already brought to iOS. It lets you monitor:

It also lets you control content and privacy, and limit how long you work in some apps.

The feature works well, lets you combine the data with all your other devices, and is a great way to help your recognize that the only time you’re not online is when you’re asleep. This information is power and may help some users find a new way to get things done.

What about the little things?

Catalina isn’t just about the big ticket items – the release is packed with smaller enhancements you’ll want to use.

Things like picture-in-picture controls in Safari are really effective and the new Mail tools are useful. I do think, however, that Apple needs to make Mail the 21st Century collaboration tool email should become (and the new Reminders, Notes and – eventually – iCloud folder-sharing features should be part of this). I also really like the fact you now back your iPhone up using the Finder – it feels absolutely as if it should always have been this way.

Dark mode is nice – though I’m not quite as enthusiastic about it as most. It doesn’t get in the way when in use, and those apps that support it now have an alternative appearance. Dark Mode is also much easier to use over an extended length of time. You can enable and disable Dark Mode and change some settings in System Preferences>General in the Appearance section.

Apple also introduced new permissions to control what data your applications gather. I’ve noticed some doom-mongers who have warned these permission requests would degrade the user experience, but they are wrong – the impact is minimal but the message it sends to surveillance capitalists is essential and fully justified.

I can even imagine Apple purchasing a social media company like MeWe in order to starve these information brokers of access to our personal data.

This, in conjunction with security and privacy enhancements in Mail and Safari, should give most enterprise users yet another excuse to consider migration to the Mac. Take a look at the new features in Safari here.

The main feeling when you upgrade to Catalina will likely be a sense of familiarity, because while there are new features, applications and enhancements, Apple has held true to a user interface that is still familiar, even in Dark Mode.

What’s changing is under the hood: more machine intelligence, more voice control, new and better media management apps and fabulous enhancements in Photos. (The latter isn’t just about making your images better, but also about using personalization of those images as a way to deepen your relationship with your Mac.)

At the same time, you’re looking at Catalyst, new ways to develop Mac apps that should bring a swathe of consumer applications to the platform – and will enable enterprise IT to build apps for all Apple’s platforms using the iPad as a starting point. Deeper down, you a move to 64-bit apps universally across all of Apple’s systems.

As a platform, Apple’s real innovation is in the form of new tools for developers: SwiftUI (work in progress), additional support for new Siri search domains, PencilKit, SiriKit, MapKit and big improvements in Metal, along with other enhancements, mean we’ll see a host of new apps and new app features appear now that Catalina is released.

That focus on developers and applications should also lead to a welcome boost on the release and availability of a range of iPad apps thanks to Catalyst.