Asana, founded by Facebook co-creator Dustin Moskovitz and software engineer Justin Rosenstein, is a collaborative work management app that lets users track and manage tasks on an individual, team or organization-wide basis. It has around 70,000 paying customers.

The company has been building out a range of features in recent months, including the addition of Asana’s Workload tool this past summer and Proofing in April. The latter lets users give feedback on images. 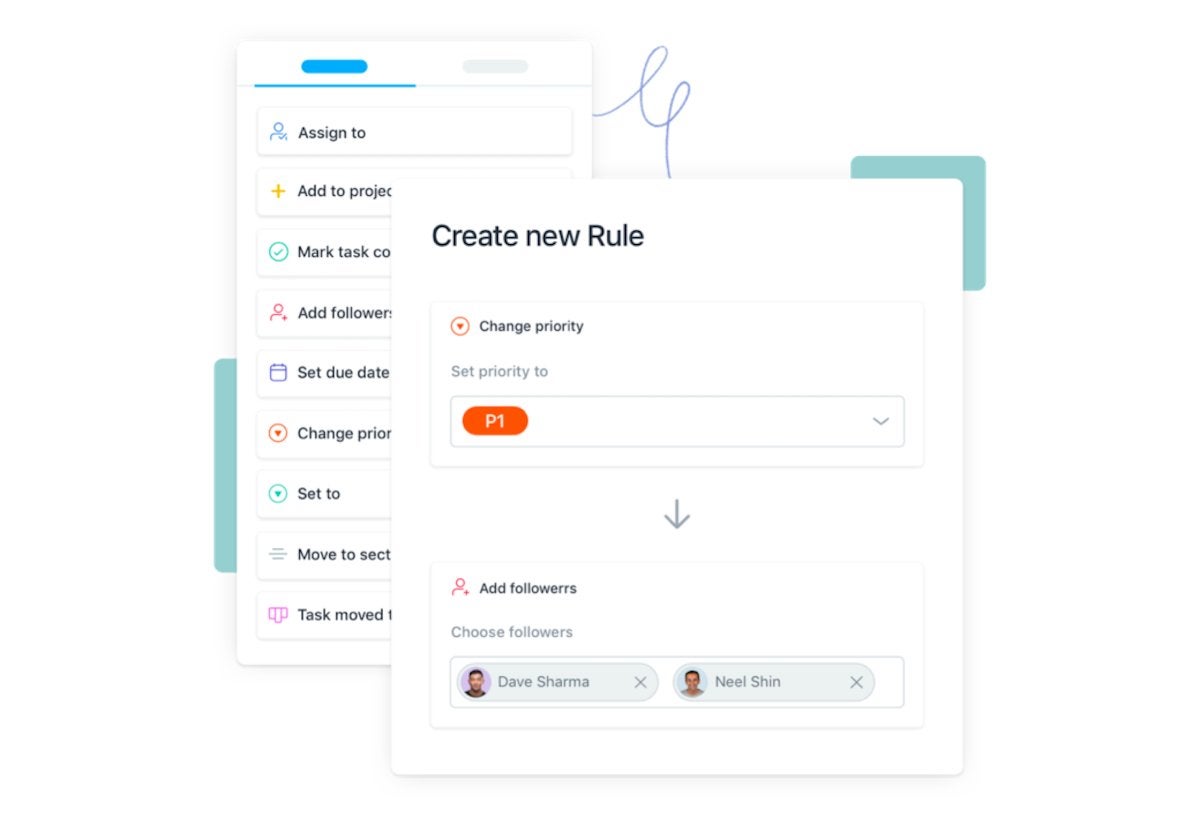 As part of the launch of its Asana Automation features features, a custom rules engine has been added that lets users automate manual steps involving task routing and workflows; they can use one of 75 pre-built steps or try a “fill-in-the-blank” editor to create their own set of triggers.

It is possible, for instance, to automatically assign tasks to team members based on a change in their work status, adjust due dates as new tasks are created, or add “followers” to a task when the progress status of a task changes.

Doing so can save time and avoid “busy work,” according to Asana’s chief product officer, Alex Hood. He said that beta testing showed the rules builder saved users hundreds of steps each week.

“We measure success by steps saved per week and our beta customers are saving about 400 steps per week individually," said Hood. “It is pretty easy. You don't need to be an engineer, you can actually create those efficiencies from a very simple and powerful UI.”

Wayne Kurtzman, a research director at IDC, said the new feature can help all types of workers set up automated workflows. “Those automation capabilities will not compete with robust solutions their workflow partners provide, but [they] will allow the average user to accelerate portions of their workflow, or their team’s workflow without the help of IT,” he said.

Automation is becoming an increasingly common part of work management tools: Atlassian’s Trello added IFTTT-style capabilities last year after its acquisition of Butler and yesterday announced the acquisition of Code Barrel, which sells a low-code tool for automating its Jira issue tracking app.

Asana has also added “smart project templates” for common projects such as an event plan or campaign launch, with task due dates automatically updated if there is conflict. Again, the aim is to let teams work more productively rather than dealing with easily repeatable tasks.

Asana has also rolled out AI capabilities in its iOS app. Asana Vision uses optical computer recognition (OCR) to create actionable items by taking a photo of text, such as whiteboard notes from a brainstorming session. Once captured, the digitized text can be assigned as tasks to team members within Asana.

“[It offers] the ability to take an image and plot ‘pointers’ on top of it and then attach sub tasks to those pointers,” said Hood. “This becomes part of the work graph and part of the structure of the work that needs to be done. It is all tied to the image.”

The Voice tool is a transcription feature for taking notes on the fly to add to an Asana task. The recording is automatically transcribed and attached to the task as a sound file.

“OCR and image recognition is being used on a regular basis by many smartphone users, who wonder why they have this power on consumer applications, but not at work where they would be a real time-saver,” said Kurtzman. “Both features and adoption will continue to grow on these and other AI-powered features.”