While Windows 10 version 1909 reminds me of an old-fashioned Service Pack — an update that squashes lots of bugs while tying together pieces that rattle when they run — you must keep in mind that the package includes updates for most parts of Windows. As such, it’s an upgrade that should be treated with respect — and some amount of trepidation.

My guess — no, my fervent hope — is that Windows 10 version 1909 will prove itself to be rock-solid sooner rather than later. But while you’re waiting for the inevitable screams of pain to subside, you should take these steps to make sure you aren’t accidentally swept up in an unwanted upgrade.

Step 1. What version are you running?

The method for blocking unwanted version upgrades varies greatly depending on which version of Windows 10 you’re running. To find out, click Start > Settings (the gear icon) > System, and on the left side at the bottom, click About. 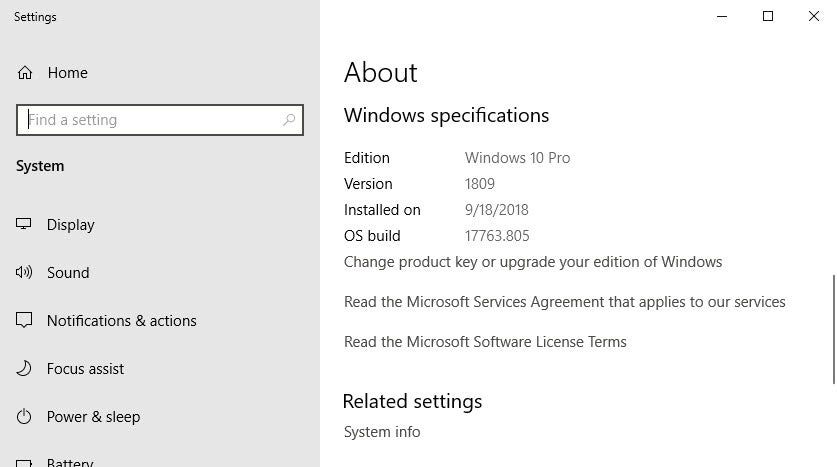 Take note of both the edition (Pro, Home, Education, Enterprise) and the version.

For Home and Pro customers, the last security updates for Windows 10 version 1803 arrive on November 12, 2019. That means you should feel comfortable running 1803 until the next Patch Tuesday — December 10 — but your days are numbered.

For Windows 10 Pro users, there’s a weird pirouette you can perform that will move you to a genuine, completely legitimate, copy of Windows 10 version 1809. It involves setting the correct feature update deferral in the Windows Update advanced options pane. I have full details in “Is Windows pushing you to upgrade? Don’t be bullied. There’s a middle path.”

Windows 10 Home version 1803 is another kettle of fish. At this point, we don’t know exactly how Win10 1803 Home machines will be upgraded by Microsoft after 1909 becomes available — you may have little control over the process or where you end up. I strongly recommend that Windows 10 Home users upgrade to Windows 10 1903 in order to take advantage of its better update blocking features.

To move from Windows 10 1803 Home to 1903 Home, remove all updating blocks (for most people that means turning off metered connections) and let Windows Update take its time and do its thing. You may have to reboot once or twice, or wait for an update task to trigger at some random time of day. But don't click Check for updates.

I’m using Windows 10 version 1809 on my production machines right now, although I’m seriously considering moving on to 1903. You’re going to face that fork in the road sooner or later.

Staying on 1809 is relatively easy if you’re using Windows 10 Pro. Using an administrator account, click Start > Settings > Update & Security. Click the link marked Advanced options. Make sure you have the channel set to Semi-Annual Channel and feature update deferral set to 365 as shown in the screenshot below. 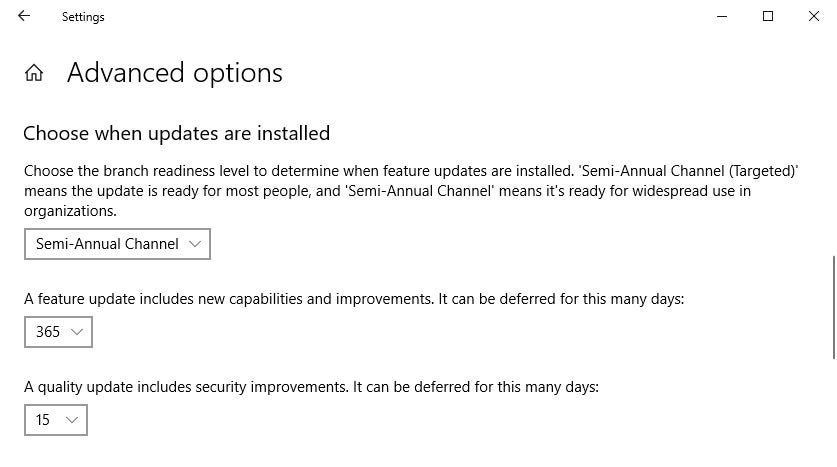 With the channel and feature update deferral settings like that, Microsoft won’t try to push you onto Windows 10 version 1903 or 1909 until you’re ready to give the go-ahead. (Unless the company, uh, “accidentally” forgets to honor its own settings, as it has several times in the past.)

For Windows 10 version 1809 Home users, the only way to take control of version updates on your machine is to move to 1903 (as outlined in Step 2) and proceed to Step 4.

As Windows 10 version 1809 reaches end of support on May 12, 2020, you can expect that Microsoft will start bending the rules a bit and push harder to get you onto 1903 or 1909 (or some future version). We’ll keep you posted on those developments at Computerworld.

If you’re running Windows 10 version 1903, sooner or later you’ll see a Windows Update notice (Start > Settings > Update & Security) like the one in the screenshot below. 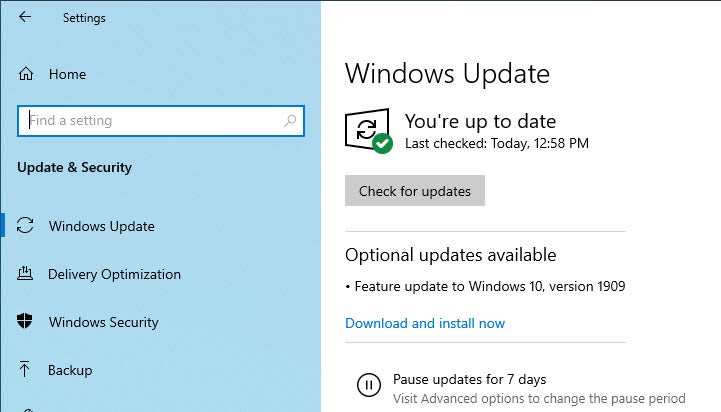 If you want to avoid installing Windows 10 version 1909, don’t click the Download and install now link. It’s that simple.

For the first time ever, blocking a forced Windows 10 upgrade won’t tie you in knots. It only took Microsoft four-plus years to give us the tools. Just avoid clicking the Download and install now link, and you’ll continue on 1903 forever — or rather, until Microsoft decides the end of 1903 is nigh (currently scheduled for Dec. 8, 2020) or it needs to push you off for whatever reason.