Taiwanese smartphone maker HTC is now selling a less-expensive version of its Exodus 1 blockchain-based smartphone with a built-in digital wallet that allows users to store, buy, sell and trade Bitcoin and other cryptocurrencies.

The Exodus 1s is aimed at users who want to "dip their toes into the crypto world" and costs €219 ($244 in the U.S.) - or the equivalent amount in crypto currency such as Bitcoin, Eth, LTC, BNB or BCH. 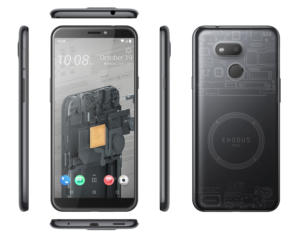 The Exodus 1s will initially roll out in Europe, Taiwan, Saudi Arabia and the UAE, with other country sales to be announced later.

In February, HTC unveiled its Exodus 1 smartphone; it came with a secure partition on which users could store cryptocurrency separate from the Android operating system. The Exodus 1 could also initially only be purchased with cryptocurrency and carried a price tag of $699.

"The Exodus is about empowering the user. We gave users the ability to own their own [cryptographic] keys, and now we've gone one step further to allow users to run their own full Bitcoin node," Chen said in a statement. "We are providing tools for access to universal basic finance; the tools to have a metaphorical Swiss bank in your pocket."

Full nodes, Chen said, are the most important ingredient in the resilience of a Bitcoin network and HTC has "lowered the barrier to entry for any person to run a node." A node is nothing more than a computer that runs software enabling it to become part of a peer-to-peer, distributed Bitcoin monetary network. A full node simply means a mirrored copy of the entire blockchain ledger exists on a user's smart phone.

Some cryptocurrency ledgers allow users online access to a light client, or a trusted full node copy of a blockchain ledger residing on another computer.

The full Bitcoin ledger being used by HTC represents about 260GB of data, and it is growing by 60GB per year. The full ledger can currently be stored on an Exodus 1 or 1s via an SD card that's sold separately and has at least 400GB of capacity, HTC stated. With that additional capacity, a user can verify and relay Bitcoin transactions without a centralized third party, such as a central bank.

While HTC was the first to launch a blockchain-enabled smartphone, it's not alone. Last year, Swiss-based Sirin Labs launched its Finney blockchain smartphone. The $1,000 phone included a number of decentralized apps (Dapps) such as a token conversion center that enabled users to exchange one form of cryptocurrency for another. 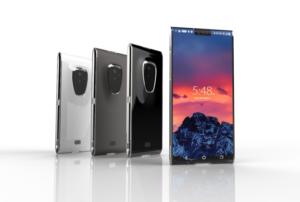 HTC first announced plans to sell a blockchain-based smart phone in 2018; in addition to being able to store cryptocurrency on a separate chip, the phone allowed owners to play CryptoKitties, a Dapp game. Dapps are applications that run across multiple nodes on peer-to-peer (P2P) networks.

Jack Gold, principal analyst for J.Gold Associates, said neither HTC's nor Sirin's blockchain-enabled smartphones will appeal to a mainstream audience, as cryptocurrency activity is almost all trading, and remains in the purview of enthusiasts and speculators - "CryptoKitties notwithstanding."

The cryptocurrency cold-storage wallet built into the newest Exodus smartphone allows users to keep private keys representing cryptocurrency. "Think of it as a micro OS that runs in parallel with Android," Chen said.

As Bitcoin and blockchain are still relatively nascent technologies in terms of adoption, HTC said its Exodus development team wants feedback from users to help the company improve the experience.

"HTC Exodus believes a full node is the best way to use Bitcoin in a fully private, trustless manner and full nodes are critical to securing the future of Bitcoin," the company said.