Motorola's new Razr gives me hope for the future of foldables

All right, stop me if you've heard this one before: After months of rumors and teasing, a snazzy new foldable phone is breaking cover — and promising to change the very way we think about mobile technology. Oh, but in reality, it's expensive and almost certain to be laden with compromises, not least of all its subpar-looking and inherently fragile display.

It's a familiar tale for anyone who follows tech news even a little, thanks to Samsung's high-profile Galaxy Fold fiasco, and it's starting all over again with the latest overhyped entry to the foldable phone fold: the new Motorola Razr, which brings the classic flip-phone form back with a 2019 twist and a $1,500 price tag. The phone goes on sale December 26th and is available for now only in the U.S. and only on Verizon — another throwback to a bygone era of mobile technology, though one that's perhaps a tad less endearing.

Just like with the Galaxy Fold before it, it seems safe to say this isn't a phone any serious professional would be well-advised to buy. But unlike Samsung's initial effort, which struck me mostly as being innovation for the sake of innovation — a showcase for a flashy and technologically impressive new trick that solved no real problems and offered little in the way of meaningful real-world benefit — Motorola's take on the foldable phone seems poised to address a genuine issue and to lay the groundwork, at least, for an interesting new kind of device.

Why? It's simple: While the Galaxy Fold and its horizontal-folding arrangement mostly serve to provide a small-tablet-like screen in a normal-ish phone-sized body, the new Razr flips the script and instead aims to offer up a reasonably sized smartphone screen in an exceptionally compact frame.

And that seemingly subtle distinction makes all the difference in the world. I mean, think about it: Even if we discount all the asterisks surrounding the Fold, the phone's folded-out 7.3-in. display doesn't really let you do anything meaningfully better than you could do with a standard large-screened device — like Samsung's own Galaxy S10, for instance. What does going from a 6.4-in. screen, à la the S10, to a 7.3-in. screen on the Fold really change, practically speaking? Is being able to have three apps on your screen at the same time instead of the standard two something most of us would actually take advantage of often? What need is this addressing?

The new Razr, on the other hand, attempts to address the very real desire some of us have to own a device with a reasonably sized screen but a compact body that's less unpleasant to lug around in our perpetually overstuffed pockets. I know I'm not the only one who enjoys having a spacious display but resents having to carry a massive rectangular slab in my britches. With a 6.2-in. screen that folds up into a 2.8-by-3.7-in. body — giving you almost all the display space of a phone like the Galaxy S10 in a form that's significantly smaller — the dilemma of wanting a decently sized screen without an annoyingly bulky body could finally be solved. 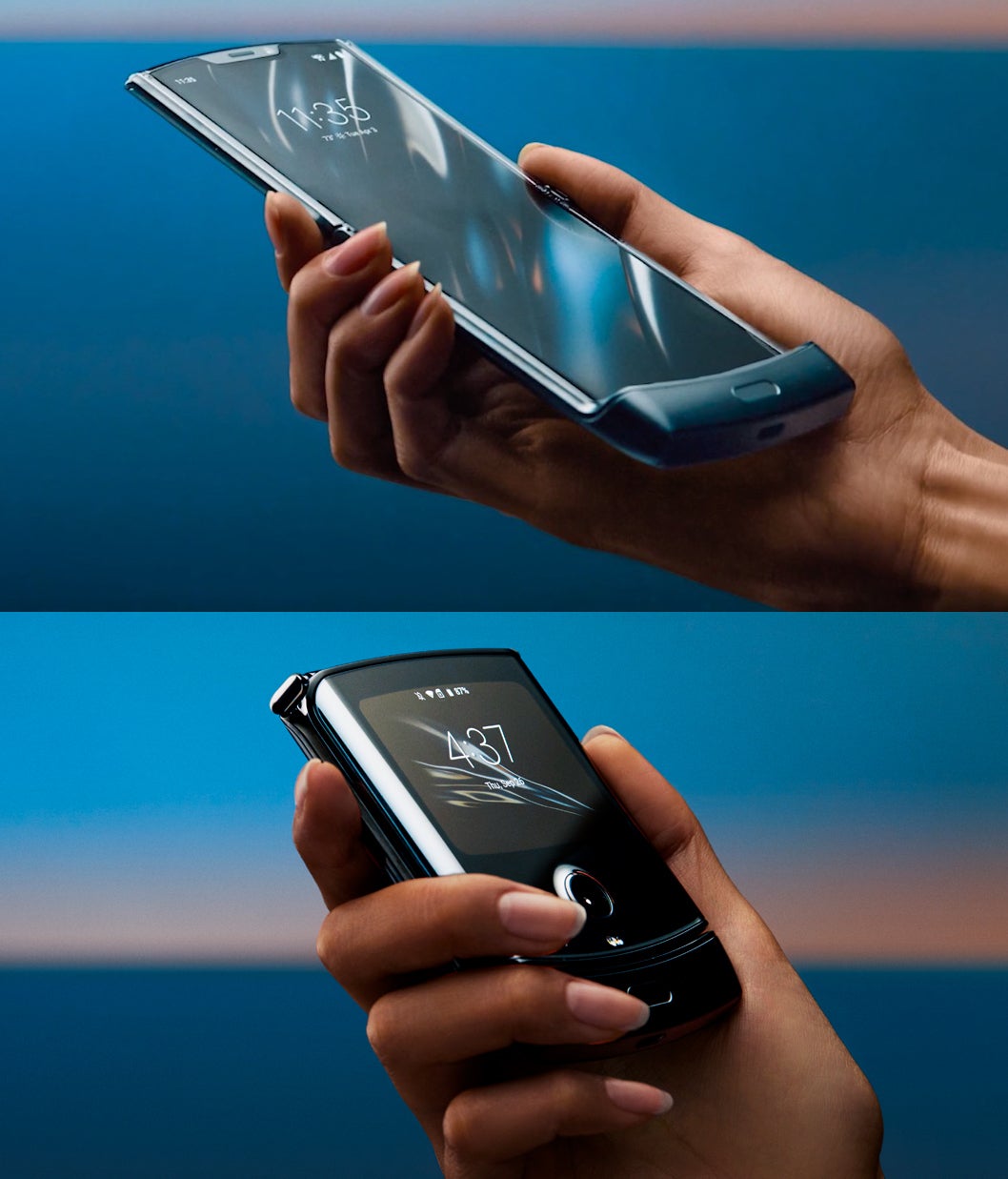 Again: The new Razr could actually address a genuine need instead of existing simply because it can. (It could also bring back the satisfaction of dramatically snapping your phone shut to end an unpleasant call — "GOOD DAY, SIR!" — but that's really more of a fringe benefit.) And clearly, Motorola isn't the only one who sees this potential. Even Samsung is apparently working on a next-gen foldable that'd follow the same vertical-flipping pattern.

Hang on, though: Don't bust your wallet out just yet. Despite the promise in this latest foldable's framework, it seems highly unlikely that this specific phone will be the one to buy. For one, on a purely technological level, we've yet to see anything that suggests the foldable screens of the moment are anything but panels of compromise — from their substandard appearance, compared to typical high-end displays, to all the durability issues that don't seem to be anywhere near resolved yet.

And physical factors aside, there's the plain and simple fact that the Lenovo-owned Motorola is anything but a commendable company when it comes to ongoing support of its Android-based products. The organization has done an inexcusably abhorrent job of providing software updates to its devices, in fact, earning failing grades on my last two Android Upgrade Report Cards (for its inadequate performance with the Oreo and Pie updates) and generally just showing a clear pattern of disregard for its customers once an initial purchase has been made. Just this past summer, Moto set a troubling new standard by launching a top-tier phone for which it denied the typical two years of OS update support — and then, within the same week, it reneged on its commitment to provide a previously promised update to a still-current flagship phone.

If Motorola can't even support its regular, run-of-the-mill phones in a reasonably acceptable way, how do you think it's gonna do with a funky form device that (a) almost certainly takes more effort to maintain and (b) will almost certainly be used by far fewer people?

And that's to say nothing of the fact that the new Razr is launching with last year's Android 9 Pie release — which'll be nearly 17 months old by the time the phone comes out — instead of the more current Android 10 software, which has been available since the beginning of September. That would be shameful in any situation but is especially embarrassing here, because Android 10 is the first Android version to include specific operating-system-level support for foldable devices, thus providing the framework a phone like the Razr would need to let apps function effectively in that environment and take full advantage of the multipaned space.

Not exactly a move that inspires confidence, to say the least.

So, yeah: All in all, the new Razr isn't looking like a phone you'll probably want to buy. But it is looking like a promising new beginning for the foldable phone form and one I'm eager to watch closely — in a short-term sense, for sure, but even more so in terms of where it leads in the months and years to come as far as the broader market beyond just Motorola.

Unlike our first taste of the foldable phone possibilities, this approach seems like something that could eventually be advantageous and worth considering — if and when the technology matures and the right implementation comes along.

We're not there yet, but every story needs a beginning. Now let's see where this one takes us.